Atlas Professional Services recently ranked on regional and statewide lists of top companies. One is based on total revenues in 2016 and the other is based on revenue growth between 2014 and 2016.

Atlas ranked #66 on the Florida Fast 100 2017 List, published by the Florida editions of the American City Business Journals on September 15.

In order to qualify, companies had to be privately held, headquartered in Florida, for-profit, in business prior to January 1, 2014, and have revenues of at least $1 million in 2014 or $5 million in 2016.

Atlas Professional Services also ranked #411 on the 2017 Gulf Coast 500 List. Published as a special section of the Business Observer on September 1, this list ranked the largest 500 companies headquartered in the publication’s nine-county coverage area by 2016 revenues. 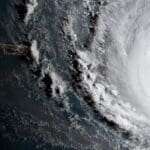 Getting Clients through the Storm: Praise after Hurricane IrmaAtlas Company News, Co-Managed IT Services, Disaster Recovery 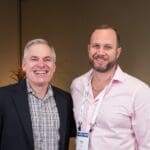