IT Services for Physicians

Atlas Professional Services has been providing IT Services for physicians group Pediatric Ear, Nose & Throat (ENT) Specialists for more than two years. But, Pediatric ENT Specialists’ Chief Operating Officer Lesli Williams has been working with members of the Atlas team for over a decade. Lesli began working with Atlas engineer Jason Walter and business development specialist Nate Stasonis at their previous place of employment and has followed them throughout their careers because of the exceptional service she received.

Pediatric ENT Specialists specializes in disorders of the head and neck in children and adolescents, especially those related to the ear, nose and throat. The organization has six locations on the west coast of Florida. They perform surgeries at four locations, with offices as far south as Sarasota and as far north as Odessa.

The physician group relies heavily on technology in its day-to-day operations. Every exam room and operating room is equipped with a computer and reliable technology is key to managing electronic medical records, billing and insurance, and clinical and operative notes. Any glitch in the system can grind operations to a halt.

Over the years, Pediatric ENT Specialists has worked with several Managed Service Providers (MSPs) to ensure the IT infrastructure is working smoothly. This began in the early 2000s, when the organization implemented its electronic medical record (EMR) system. It was then that they were introduced to Jason Walter and Nate Stasonis.

“I started working with Nate and Jason in 2006, when they were with a different managed service provider,” said Lesli. “That company merged with another, so naturally we followed them there. Then they left that company, and for whatever reason we weren’t able to find them and work with them.”

Unhappy with the level of service she received after Nate and Jason left, Lesli began looking for a new MSP. The organization tried several other companies, but was never quite happy with the results.

“We had a very customized, templated process that other people didn’t understand,” said Williams. “Even when we worked with Nate and Jason, they were the only two people at the company that really understood our business. So, if they were out of the office, their team couldn’t help us like they could. When you have to rely on one or two engineers, things get dicey when you have an issue.”

Finally, after some self-admitted stalking, Lesli reconnected with Nate and Jason and found that they were both working at Atlas. Hiring Atlas to manage the company’s IT seemed like a no-brainer after more than 12 years of working with Nate and Jason.

Today, Atlas manages all of Pediatric ENT Specialists’ IT needs. This ranges from managing the organization’s network and servers to providing support for all workstations. The physician group is also preparing to move their servers from their office to Atlas’ data center.

“That’s how much we trust them, we want them to do it all,” said Lesli. “I never have to worry and that’s huge.”

The Results: Successful IT Services for Physicians

Over the last two years, the Atlas team has learned Pediatric ENT Specialists’ business and provided excellent IT support when and where they need it – even when their core team is out of the office.

“It’s been a great partnership and relationship for us,” said Lesli. “Nate and Jason have made sure that multiple people at Atlas understand our system, so now anyone who answers the phone can help us. I don’t know if there’s something they’re doing differently than the other companies in terms of their internal systems to make this happen. But, I can’t say enough good things about them. Every single engineer who works at Atlas and helps us is amazing.”

On top of that, Atlas’ knowledgeable team, as well as its responsiveness, has been the biggest change Pediatric ENT Specialists has experienced since switching MSPs.

“They provide an attentiveness and sense of urgency, and their knowledge and problem-solving skills allow them to solve things quickly and accurately,” said Lesli. “If you want someone who assimilates into your environment and acts and performs as though they are part of your team, call Atlas.”

Atlas Professional Services provides IT Services for physicians and physician groups in Tampa.

Contact us today if your business needs help shaping up its IT program. 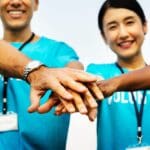 What Nonprofits Should Consider when Hiring an IT CompanyChoosing IT Services, IT Services Tampa 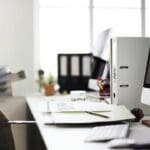 5 Ways Employees Can Put Your Business at RiskCybersecurity, IT Services Tampa