Pros and Cons of Virtual Servers

Is Virtualization the Right Move?

When it comes to network servers, there are many options to choose from. These include on-site physical servers, on-site virtual servers, off-site data centers and cloud-based solutions like Microsoft Azure and Amazon. With so many options, you may be wondering which is right for your business.

Server virtualization is a popular option for businesses today because it allows companies to keep servers in house, while also taking advantage of the power of virtualization. Traditionally, a physical server could only run one operating system. However, using software like VMware or Microsoft Hyper-V, server virtualization allows you to convert one physical server into multiple virtual machines, with each virtual server acting as a unique and separate instance. And unlike off-site servers and cloud-based solutions, the server remains on your premise.

Below are a few pros and cons of virtual servers.

One of the biggest pros of virtual servers is the cost savings. Physical servers require a dedicated room with power and cooling. The more servers you need, the bigger this room needs to be, and the more energy you consume to run the servers. Because virtual servers allow you to run multiple servers from one physical server, this footprint is greatly reduced. The investment in hardware is also reduced, as you will need fewer servers.

Another pro of virtual servers is the improved scalability of the server environment. With traditional physical servers, once you run out of space you have to purchase additional hardware resources or, at times, an entirely new server. If you mismanage your IT environment and begin growing faster than expected, this can get expensive quickly. Server virtualization allows you to allocate space on the server very quickly. Meaning your servers grow with your business.

In the event that you are making changes or upgrading software to your servers, virtualization offers comprehensive backups and recovery. The server takes snapshots of your data and allows you to restore the server to a previous date or time. This is much faster and more reliable than restoring a physical server, if the damage allows restoration at all.  In the event you have to restore a complete server image, doing so in a virtualized environment can be a more seamless process than performing a bare metal restore onto similar hardware.

As with anything, there are also a number of cons of virtual servers. The first is the high upfront costs to purchase the servers and licensing for the virtualization software. For a business that requires three or four physical servers, the cost can be $10,000 or more. The ROI is typically two years, but can vary.  Whereas with cloud-based solutions you continue to pay monthly fees for the lifetime of your contract.

Another con of virtual servers is that not all hardware can be virtualized. While rare, there are some legacy applications that don’t support server virtualization. While most applications are moving towards virtualization, if they haven’t already, some are slower than others, and this is important to consider.

While virtual servers are more scalable than their physical counterparts, they still have their limits. You can add more disk space, memory, and processing but once you maximize the physical hosts resources, you will need to purchase more hardware to accompany your growing needs. Cloud solutions allow you to scale exponentially.

Interested in server virtualization? Our team is happy to discuss the pros and cons of virtual servers and answer any questions you may have. Contact us to learn more. 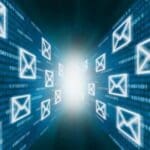 4 Things to Consider Before You Migrate to Office 365Cloud Computing 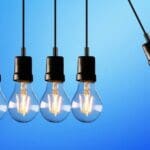